Okay here I go. I was wonderng if anyone can tell me how to change the starting video thing. Where when you turn it on it shows pokemon runing and what not, where you press start and so on. So i was wondering if anyone knows how to change it? Your help is appriciated!!!!!

I'm pretty sure you need to scroll through UnLZ.GBA for the screens and overwrite the screens.
Gamer2020

yeah thats how you do it
bradiz13

I dont think there another way though.
is there?
ÄgàmêñÐmØÑ 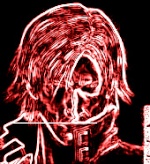 This would better belong over in the Hackers Section.

Yes it does look very hard I took one look at the program and im lost??? But thanks for your help anyway.
G.K.S.

you just go through the pictures till you find parts of the title screen.

idk the exact number cause it varies per rom dump.
bradiz13

Okay than i'll have a muck around with it.

Look I had a muck around with it and I thought I had it but than it wouldn't let me import a picture. So I was wondering if someone kind enough could do it for me. All I want to change now is the name from Fire Red Version to Turquoise Version and the charizard pic to a Swampert. I will mention your name in my credits to anyone who does this for me. Also if anyone wants to can you change the fire in the background to rain or something. To anyone who helps i thank you!!!

i would do it but i have way to much to do now.

Oh im sorry i didn't notice and I can wait for it. Its kinda like the last thing I want to add to it.

~edit~ instead of rain could you possibly make it bubbles floating up or down which ever is easiest.