You are not connected. Please login or register
There are many new features available. Some of them include: the advanced profile, reputation system, and the point system. Thank you for waiting patiently, enjoy the update. Plus we are still working on fixing a lot of bugs and stuff that are wrong with the theme.
Go to page : 1, 2, 3, 4

Information:
Pokemon Whitefog takes place in the Trophil region, a once peaceful, tropical utopia. The region, now influenced by a malevolent force, has been partially frozen, and as a result, three different climates have emerged. 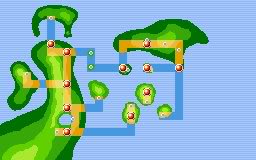 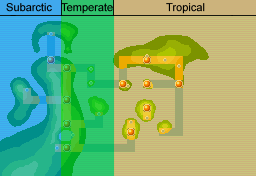 Story:
Finally. All the paperwork is settled. You're ready to move out of your parent's house and start your own life in Seabreak City, on a peaceful, secluded island in the middle of the Trophil Region. Your new room mate meets you at the docks to help you move in to your new apartment. When you get there, he asks you a favour. He is bogged down with his work, repairing ships, and asks if you could travel to Eastport, the neighboring town, to pick up a part he needs. He gives you the name of a friend and asks him to give you a ride.
Upon arrival, you pick up the part from the merchant, and you and the captain begin heading back to the ship. Before you can get there, a sinister, thick fog suddenly rolls in, and a rogue pokemon emerges and attacks you. Having no pokemon of your own, you fear you are done for, until the captain tosses you one of his pokemon. As the fog clears, the captain explains to you that he fears the fog was summoned by Borduire, a pokemon that was imprisoned twenty four years ago. You arrive back in Seabreak City, where you hear news reports about shocking, horrific events plaguing the Trophil Region. You decide it's up to you to put a stop to Borduire's wrath.

Features:
This will be a complete, extensive hack, so you can expect to see EVERYTHING changed!
New Region!
New Pokemon!
New Attacks!
New Scripts!
The whole gamut! 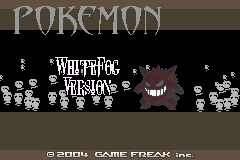 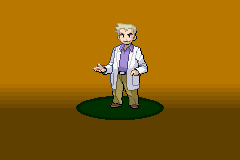 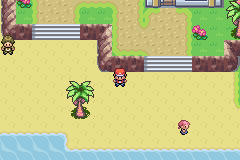 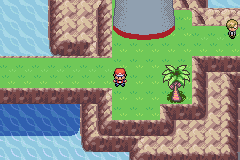 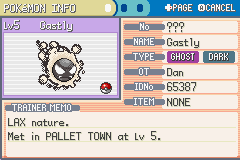 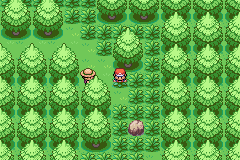 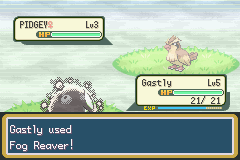 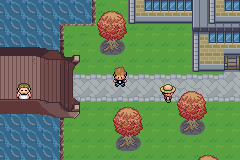 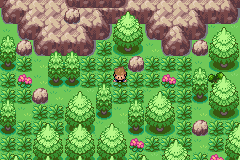 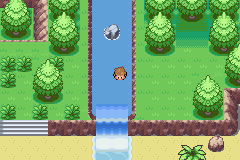 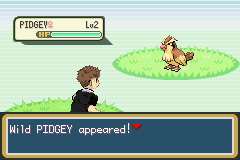 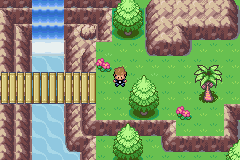 Progress to Alpha One:

This game is awesome, the title screen is pretty original, except the colors didn't seem to go well on the Gengar. Still, it's better than what I can do with a title screen. The region map is cool and so is the regular mapping.
_________________
http://www.cramster.com/?referral_id=509296
For help on homework and for studying.
Syncopated Pandemonium

Really? I personally LOVE the palette for the titlescreen Gengar, but everyone else seems to hate it. The in-game Gengar sprite that I recoloured is a bit different. It's more white-ish. I was going to use that one, but I thought a darker one was much more sinister!
_________________

I love this hack, its preety original. Hi Ax btw!

I saw this in PC. And I must say, it has potential. Good luck.
Syncopated Pandemonium

Yeah, all we need is a decent/amazing scripter, and we're set.
Right now, it's just Shaded and I making scripts. He makes the scripts, and I clean them up, and slightly edit them to fit in with the game.
It would be nice to have someone who actually knows what they're doing though. haha
_________________

Yeah, Shaded just wrote like seven pages of script for the beginning script. That took him a while, and it's taking me like twice as long to edit it. I have to like change a few tings at a time in the script, make sure it works, then repeat. It's almost done now. There are four parts to the script, separates by level scripts. We have the first two parts almost done. The third and fourth aren't nearly as long though, so we should be albe to handle those. I'm just concerned about the future, because we have over twelve sidequests planned for Whitefog, and each are pretty complex.
_________________

Good luck with that. I remember speanding so long on a script and at the end when I tried to compile it, I got an error message. It was a very long script I think, but it got deleted. I'm going to change to XSE. I don't really like PokeScript much.
_________________
http://www.cramster.com/?referral_id=509296
For help on homework and for studying.
Syncopated Pandemonium

Ok, I got a Team Cardinal Sin page up on this site now.

Updated the thread. I added two screenshots of Route One and Route Two.

that looks cool.
why is he in the river?
Syncopated Pandemonium

Well, it's before you get surf, and (to my knowledge) stream wading has never been done in a hack before. I made the tiles so that when you enter the stream, there's a splash and ripples. It's pretty sweet.
_________________